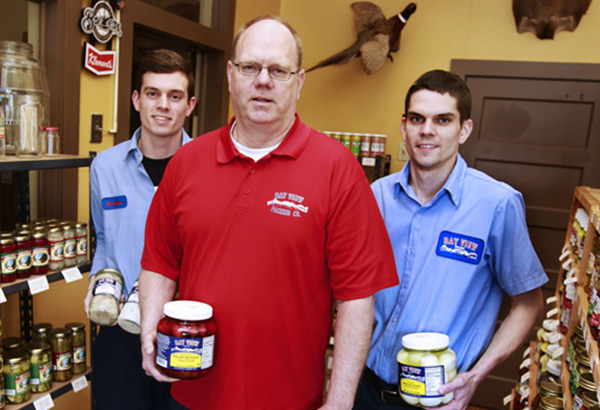 Bay View Packing Company in Wisconsin is a family owned and operated corporation established in 1923. Bay View Packing Company and its employees provide pickled delicacies to discriminating buyers. Their scrumptious foods are produced with skills and Old-World traditions passed on through five generations. This assures patrons of high quality, gourmet products.

We have many ways of serving you. Our recipes, techniques, and attention to detail have made our products of the highest quality on the market today. Whether you are looking to purchase our products retail, wholesale, for festivals, fundraising projects, or are interested in being a distributor, we can accommodate your needs. If you would like us to ship to you directly, we can customize an order to your liking. It’s easy to place your order, just give us a call.

Bay View Packing was formed July 6, 1923, by brothers William, Walter, and Bruno Liebner, to produce fine pickled food products, including pickles, sauerkraut, pigs feet and herring. These were not specialty items like they are today, but rather staple items that people had on a regular basis. Refrigeration was in short supply, and pickled items kept well and tasted good. Of these original items, only the herring remains in our product line today.

In July of 1948, Bruno’s son Byron joined the company, knowing his father was shorthanded and needed help. They worked together until 1955, at which time Bruno resigned and Byron took control of the company. From 1955 to 1975, Byron was the driving force behind Bay View Packing, many times working alone or with only part-time help. 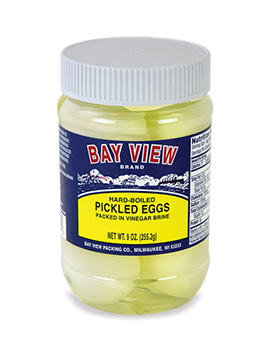 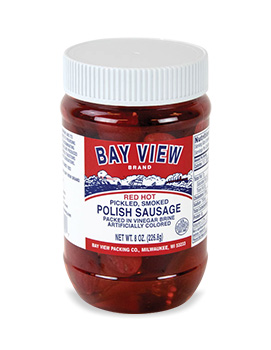 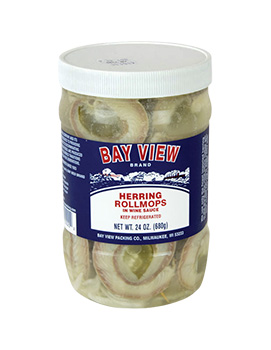 In 1975 Byron’s two sons-in-law came to help him, and over the years helped Byron grow the business and also move to our current location. With this move Bay View Packing became a federally inspected facility which enabled us to ship across state lines. This set the stage for the growth that was to follow, and which continues today.

Byron’s son Reinhard started going to work with his dad when he was six years old. He came on full time in 1986 and is the current owner and CEO. Byron retired in 1984 after over 35 years of dedicated service. Reinhard became president of Bay View in 1990.

Bradley, Eric, and Andrew Liebner, Reinhard’s sons, have since joined their father and it is hoped that they will carry on the Liebner family business. They are the fifth generation Liebners to hone his skills at pickling delicious specialty food products.